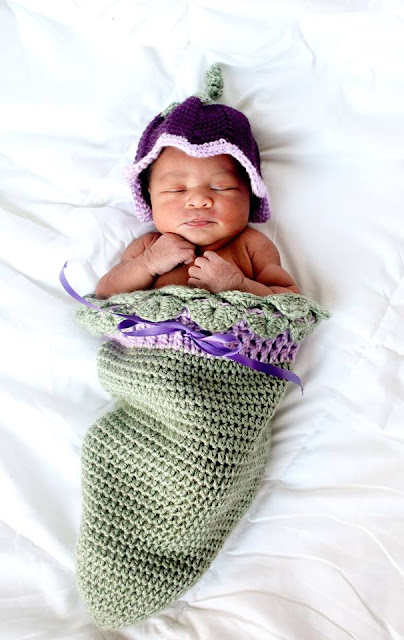 THANK YOU!!  To everyone who has asked questions or made comments about this little cocoon creation of mine.  I get such a kick out of talking to people who are using my pattern.  :)  I first published this little baby sac nearly 3 years ago and I never get tired of seeing it pinned all over pinterest.

If you would like to order a custom made cocoon or tulip hat from me ($30 plus $4 shipping), please visit my facebook page at: Loops A Daisies.  I sell the cocoon and many more items at very reasonable prices. Message me with your order.  I use paypal. :)  Thanks for all the Pinterest activity!!

I use Simply Soft Caron Yarn.  These are Newborn sizes.  I just "tested" them out on a friends 8lb one month old and there is plenty of room for wiggling and growing.  :) 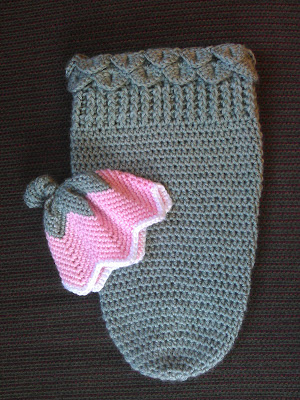 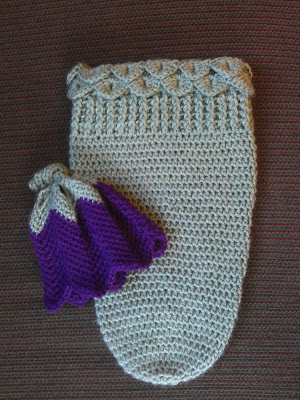 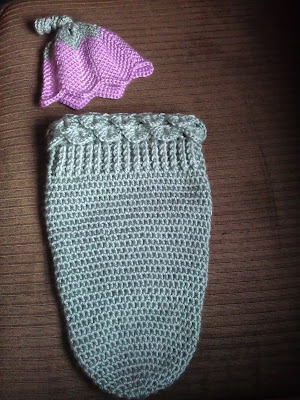 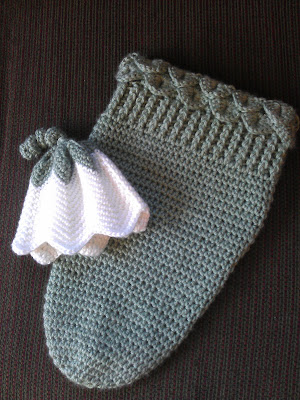 If you are a crocheter, here is the pattern for the TULIP HAT.  I did not come up with this, but the person who created it, Suzette Williams, was very gracious to make it a free pattern with no restrictions.  I felt the least I could do was to post her pattern credited to her. The curly-cue stem is not part of her pattern, but can be made very easily.  After closing the top according to the pattern, use the G hook and chain 15-17. Work three hdc in each chain.  Fasten off, leaving a long enough tail to pull through the inside of the hat, tie off and weave ends in.

Here is the pattern I came up with for the cocoon.  I am not asking any money for it, but would very much appreciate the credit if anyone chooses to sell their item or repost the pattern somewhere else.  Thank you.

Start with 6 hdc in a magic loop.

Do not chain up and do not connect with a slip stitch.
This pattern is done in rounds.
Use a Marker to know when one round has been completed. I insert the marker into the first stitch of each new round right after I have crocheted it. This shows where the first stitch of the next round will go.

Rnd 40: You will be doing the same stitches as round 38, but you will do them in between the "V"s made by the dc in round 38 and between the crocodile stitch made in round 39.
Rnd: 41: repeat round 39 working in dc that are offset from the previous round.

If you would like, you can thread a 3/8" width ribbon through the dc ribbing for added interest.

If you find anything amiss or incorrect, please let me know.  Thank you!

*** Special thanks to Paula at FurBabiesMomma for helping me to make this pattern easier to read.  I love learning knew things and appreciate others who are willing to teach.  :)

You can find me on Ravelry.com at: Loopsadaisies 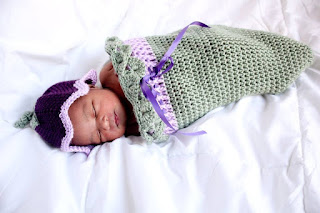 Added: 12/31/15
This cocoon was stitched exactly like the pattern with the exception of a color change when doing the dc's. 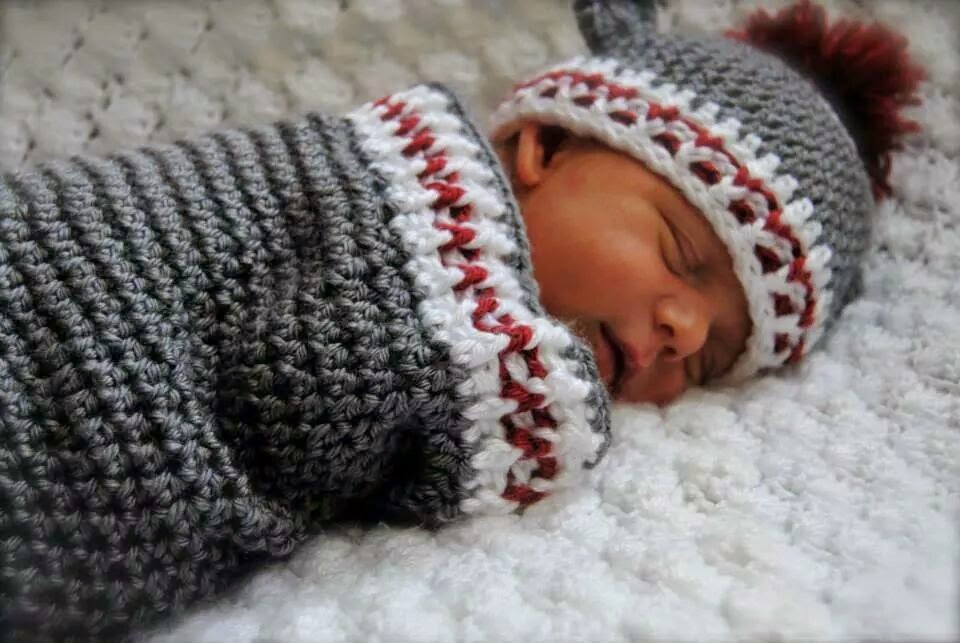 Added 1/15:  this is the sock monkey version of this cocoon. I used caron in Heather grey, Autumn Red, and white. I added extra hdc rounds and omitted the crocodile stitch. The hat was from a pattern by Lagatha Been on ravelry.com

Sallie
The government knows me as Sarah Elizabeth, but my friends call me Sallie. I'm a California girl who has defected to the midwest. I'm married to my pastor and I homeschool his two kids. Most of my days are spent fine tuning either one of those two previous vocations. Welcome to my Blog. 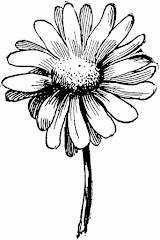